Aside from the numerous beauty stores, cafe/bakeshops can be found in almost every corner in the streets of Seoul, South Korea. One of the more famous cafe/bakeshops that I wasn't able to try is Tous les Jours.


Luckily for me, Tous les Jours has found its way here in the country. I was invited to try out the different tasty treats at their most recent branch that has just opened in Alabang Town Center.


The store looks quiant and inviting, there was even a bicycle with a bread basket parked in front. Inside the red bricked wall exude a very rustic vibe. There was already a pretty long queue on the counter, majority of the people on the line were Koreans, this was a good indication that the breads are as authentic as it can be.

There were different freshly baked bread and pastries to choose from... 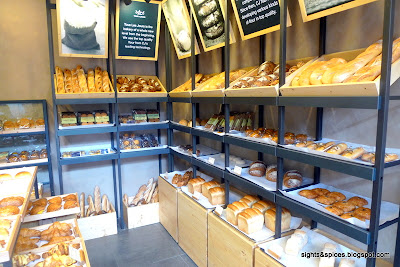 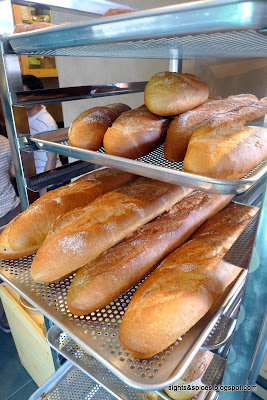 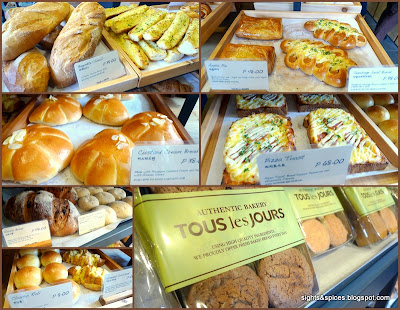 Here are some that I got to try...

The Sweet Black Rice Bread with Cream Cheese Filling is something familiar to me, I've tasted this half mochi-half bread creation from a chinese deli before. Tour les Jours version tasted way better, it was fluffier, softer and the cream cheese filling was sweet and savory. 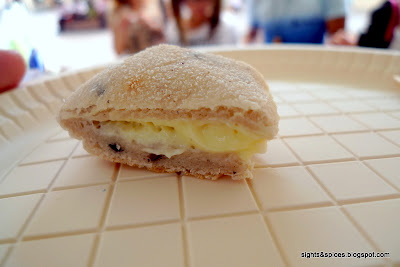 There were two croissants that I got to try, the almond croissant and the good old plain croissant. The Almond Croissant was topped with slivers of almond and cookie batter, inside was a creamy custard filling. 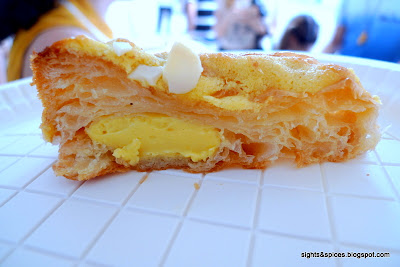 Between the two Croissants, my favorite would be the Plain Croissant. A good croissant should have several thin flaky layers of pastry, Tous les Jours definitely bakes one of the flakiest Croissant that I've tasted. Best when heated for a few seconds in the oven. 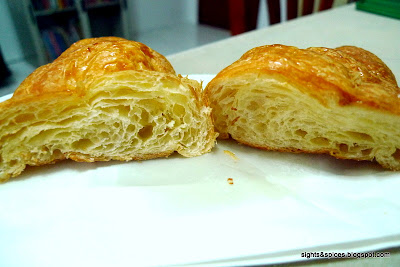 I'm not a big eater of Pumpkin or Squash. When I saw the Pumpkin Muffins, I wasn't even sure if I should put a piece of it in my mouth but I bravely did. I was so glad that I did, the muffin was delicately sweet and it was so moist. I think I found another way of eating pumpkin aside from soup, Tour les Jours Pumpkin Muffins is such a delight.


My favorite pastry treat among the lot was the Apple Pie. Small chunks of apple in a gooey syrup with a hint of cinnamon inside a flaky buttery turnover. So good! I think I found my favorite savory turnover. 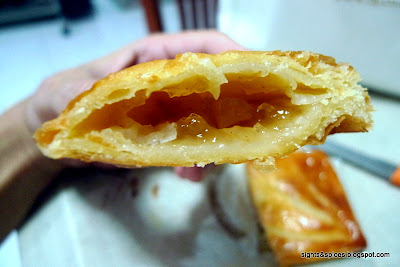 The cafe/bakeshop industry has been booming in the country. Usually a store would have its own signature bread or pastry. In my opinion, what will set Tour les Jours apart are the gorgeous and unique looking cakes that they sell. 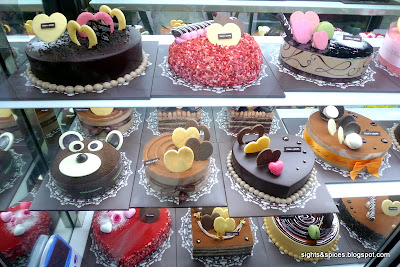 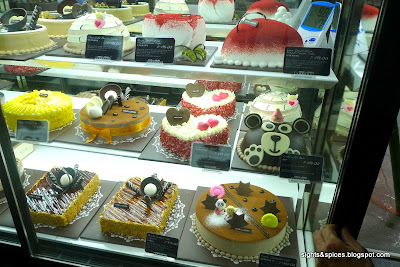 Castella is a popular Japanese sponge cake, Tour les Jours offers two varieties, plain and chocolate. When the big block of chocolate sponge cake was brought out, I saw the eyes of the guests widen with delight. Though the chocolate flavor wasn't too intense, the sponge cake wasn't clawing sweet and it was wonderfully soft and moist. 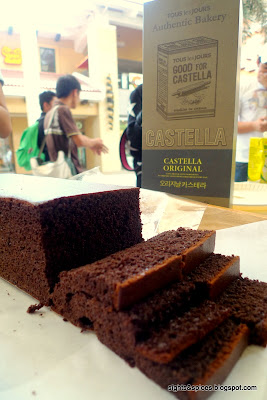 I am a big cheesecake person, I have tasted good and bad ones. As I was told, to make the New York Cheesecake taste like how it's intended to be, Korean bakers were sent to New York just to watch and learn to make the real thing.

The New York Cheesecake gets high ranks from me. As soon as I took my first bite I knew that this was made of good stuff, no extenders used. It was so dense and creamy, the balance of the sweet and sour flavors was spot on. The crust is not made up of the usual graham crumble, grit bread was roughly spread around to make the crust. 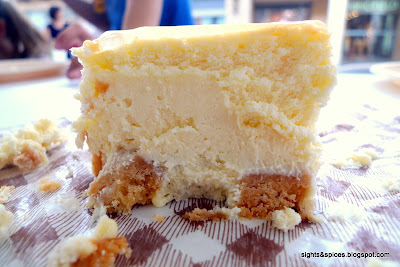 The Strawberry Inspiration Cake was literally beautiful in every sense. The attention and detail in making the cake is so admirable. Inside was a three tier sponge cake with slivers of strawberries at the bottom and light fluffy cream icing in between each layer. On top, it was dusted with ground up dehydrated strawberries and green tea powder. 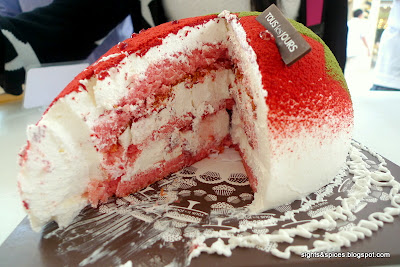 To be an authentic Korean bakeshop, the store even sells different Korean beverages.


After the food tasting, Tour les Jours left a very good impression on me. Everything tasted of excellent and high quality. It wasn't a surprise to find out that in order to meet high Korean standards, most of the ingredients used are imported directly from Seoul. Tour les Jours is definitely a must visit and after taking a bite off your favorite bread, pastry or cake, you might just hear yourself saying.."massida!" (delicious!) 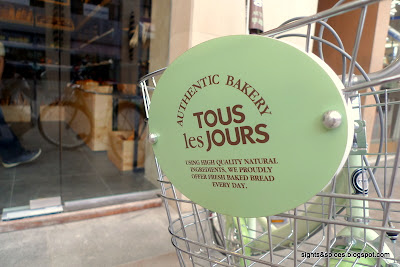