Upon the mention of Marinduque, people would associate the place to the Moriones festival and or Bellarocca. Aside from these two, there aren't much buzz on places to visit. Though the main reason for us to go to Marinduque was Bellaroca, we still wanted to visit and check out another area. Upon researching on the different beaches in Marinduque, we came across Maniwaya Island.

The journey starts by a 3 to 4 hour bus ride going to Dalahican port in Lucena, Quezon. At Dalahican, there are different ferries that will go to either Cawit Port in Boac, Buyabod Port in Sta.Cruz and the ferry that we took headed for Balanacan Port in Mogpog.


Upon getting down at Balanacan, we rode a jeep that headed for Sta. Cruz. We asked the driver to drop us off at the town's main church. From the church, we had to take a tricycle that brought  us to Buyabod port. We asked Residencia Palo De Maria beach resort to pick us up from Buyabod port since trips to Maniwaya Island happens only once or twice a day.


After less than 30 minutes, we finally made it to Maniwaya Island. With less than a thousand of people residing in Maniwaya and with electricity being available for a certain number of hours, the calmness and peacefulness of the place was so evident.


We made our way to the only operational resort on the island, Residencia De Palo Maria. The resort was really nice, it has a swimming pool right in the middle and they offered different types of accommodations.

From Bamboo Huts with fans, air conditioned Single rooms, Twin rooms and Family rooms. Each room was  equipped with Television with cable.


The resort allows guests to cook their own food in the kitchen for a minimal charge. As for us we didn't bring any food, luckily the resort prepares meals for its guests. Meals consists of fresh fish and white rice. We enjoyed lounging around and eating under the shade of this huge tree.

They also offered different activities such as jetskis, atv's, a banana boat ride and even a videoke machine.

After a quick change of clothes, we set off to wander around the small island. There wasn't any big cemented roads on the island, the local's mode of transportation there was using bicycles and most of them goes around by foot. We made our way to the other end of the island and what greeted us was a vast beautiful shore and calm clear waters. 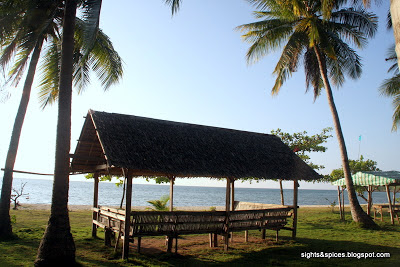 We immediately wanted to take a dip but seeing the jellyfish on the shore prevented us from doing so. It was only later that we found out that these jellyfish don't sting and we should have take a dip.


The waters in front of Residencia resort is not really much of an inviting spot to swim, there were small sea critters that bites and there are a lot of sea urchins even in the shallow waters. The caretakers told us not to worry because the next day they assured us that we'll love Palad Sandbar.

Early in the morning we rode a bangka to go to the sandbar and go snorkeling. After around 20 minutes, a patch of white sand appears in the middle of the sea. It was like it magically appeared right on the spot, the lower the tide, the more prominent the sandbar is. As we were told it was best to go early in the morning in order to see the whole sandbar. The sandbar was a mixture of crush corals small rocks and sand, it can be kind of rough in some areas but nonetheless it was so beautiful. The guide brought with us a giant beach umbrella to serve as our shade when it became too hot.


Notice the difference between the picture above and below, when high tide sets in the sandbar will completely disappear under the waters.


The waters was cool and crystal clear, on the horizon was the view of the open sea and birds would fly by once in a while. I can't ask for anything more, it was a perfect spot to lounge and swim around.

After leaving Palad Sandbar with a heavy heart, we were off to the snorkeling area. The remnants of cyanide fishing was evident, some of the corals had an off white color. The boatman and guide told us that locals would used cyanide to catch fish before but this practice has been stopped already. We still got to spot some fish swimming around. 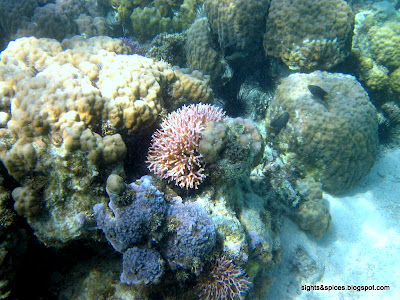 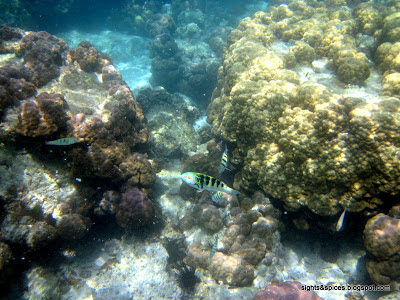 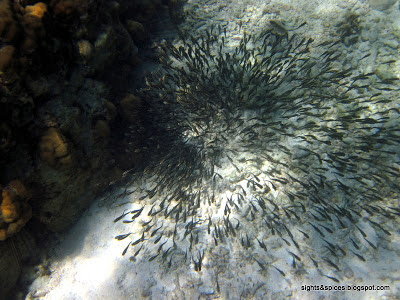 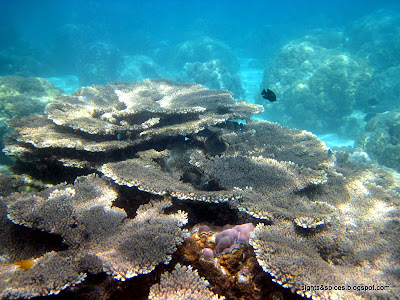 After returning from our snorkeling expedition, we decided to walk around the island again. Tress surround the whole island and as soon you go deeper in the island, you can hear the hypnotic beautiful chirping sound of birds. We had so much fun spotting and looking at the different species of birds found on the island. 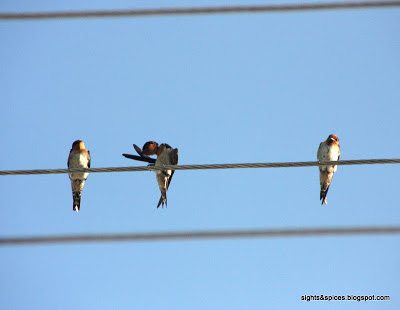 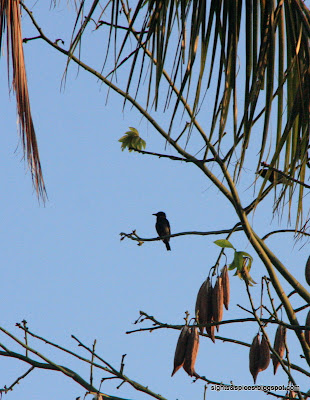 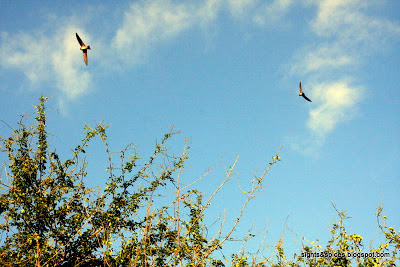 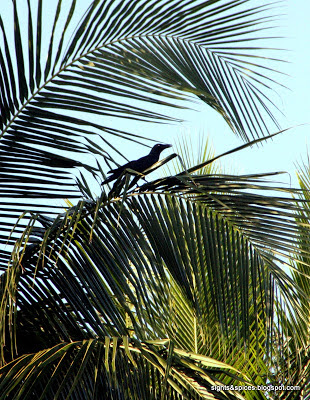 Aside from birds, we also came across different livestock owned by the locals. From carabaos, cows, goats, turkey and pigs.

To cap off our final evening on the island, we witness a beautiful sunset. In the fast paced modern times of today, staying in Maniwaya island was such a treat. Imagine waking up to the calming chirping sounds of birds, breathing in unpolluted fresh air, eating fresh fish that was just caught, walking around luscious fields of greens, lounging around and taking naps under the shade of huge trees and just being calm and at peace by yourself. Maniwaya is truly a haven for me.