I can still remember the very first time I visited the National Art Gallery in National Museum, I had goosebumps when I saw the huge painting of Juan Luna's Spoliarium. I've seen the iconic painting in books, posters, ads and even on call cards but I've never imagine it to be that big. 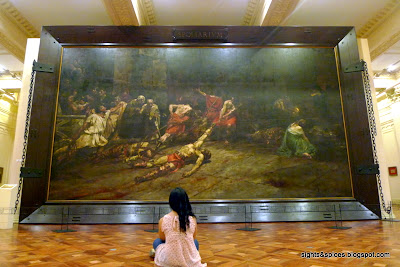 I had the chance to visit the Art Gallery again and this time around I made sure that I brought my camera. Since the gallery was under renovation when we visited, the entrance was free of charge. The 1st area we explored is the hall of the masters where Juan Luna and Felix Hidalgo's paintings were displayed.

As soon as you enter the hall, the very first thing you would see is the Spoliarium. It gave me the same feeling I had before and I couldn't help but stare at the painting.

Right across the Spolarium was a huge painting by Hidalgo entitled The Assasination of Gen. Bustamante and his Son.


Another famous painting of Hidalgo is 'Governor Damarinas'.


The Beloved Land Hall featured a wooden sculpture at the middle of the hall which was entitle Tau Tao.


Also in the hall was a familiar looking object that was printed on the old 1000 peso bill, The Manuggul Burial Jar.


In one of the halls there were different skeletal remains and preserved animals found in the country. 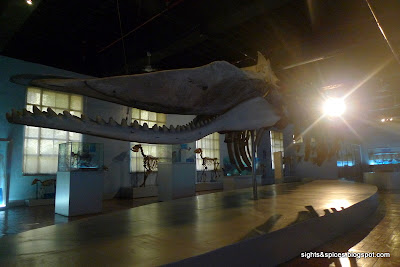 In the last hall we visited, we saw another famous painting of Fernando Amorsolo and Jose Rizal's terra cota sculpture.

Due to the undergoing renovation, there were a lot of artworks that I didn't get to see. Hopefully when it fully opens again on October 2012 I would see more of our country's beloved  treasures. 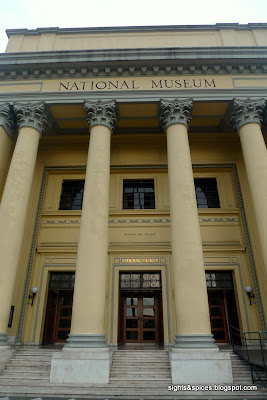 After visiting the National Museum, we made our way to Luneta Park. It has been ages since I last visited Luneta and looking around I saw a lot of attractions has closed down or is under going renovation.The  Japanese, Chinese garden and Orchidarium are under going renovations and no one even knows if it will be ever opened again. One would think that visiting Luneta nowadays would be a waste of time. But to my surprise, I thoroughly enjoyed my visit there. Luneta has come up with a spectacle that's so worthy of visiting and checking out, the Light, Fountain and Sound Show. 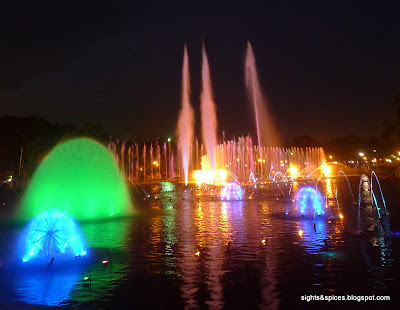 The Philippine map on the pond was taken out as tubes and hoses has been installed instead. It was still pretty early when we reached the fountain area and people where gathered around, enjoying the breeze as the sun slowly sets.


As the surrounding got darker, music started to blare out the speakers. Fireballs spew out from the tubes as the fountains started to spin and shoot out water from their spouts. 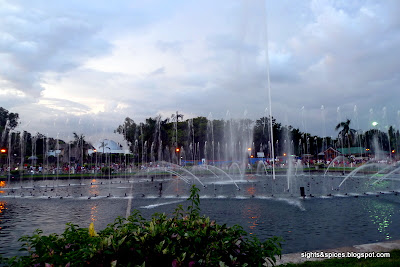 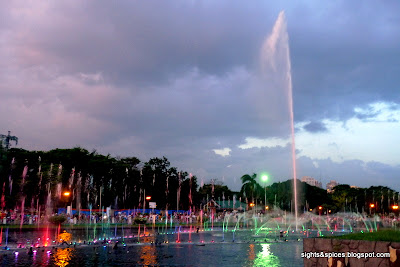 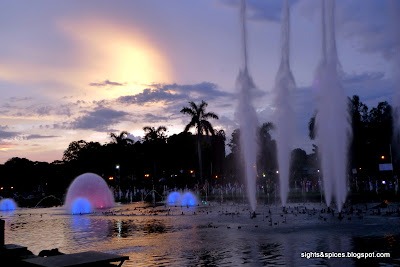 As nightfall came about, the colorful lights lit up and the wonderful spectacle even got better. 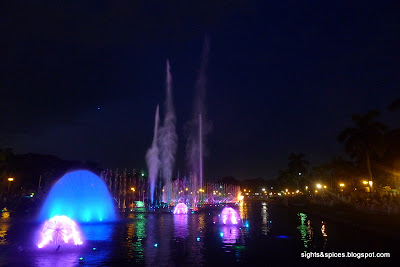 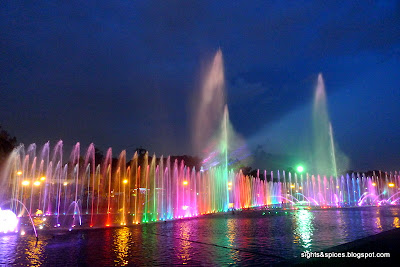 In one area, the spherical water fountains changes colors. 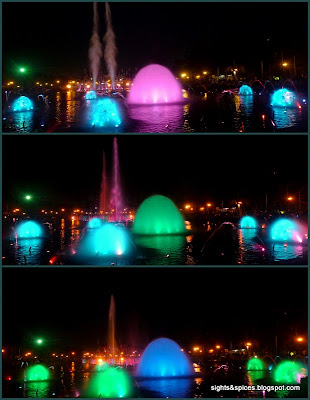 Different types of music were played, from OPM songs to hip pop tunes. The show would last for a good couple of hours. I'm not sure how often the fountain show was held, we were there on a weekend and as we were told, the show starts at 7pm and it ends at 10pm. Try to walk around the fountain as each area offers a different perspective.