Sights: The Bewitching Island of SIQUIJOR

Upon the mention of Siquijor, people would always associate the place with ghosts,witchcraft an mystical creatures. Because of this belief, some people tend to shy away from visiting the island. Though I somehow do believe in spiritual beings, I don't really let it affect me and stop me from doing what I want to do. Thus, it was off to Siquijor and find out for myself what the mysticism is all about. 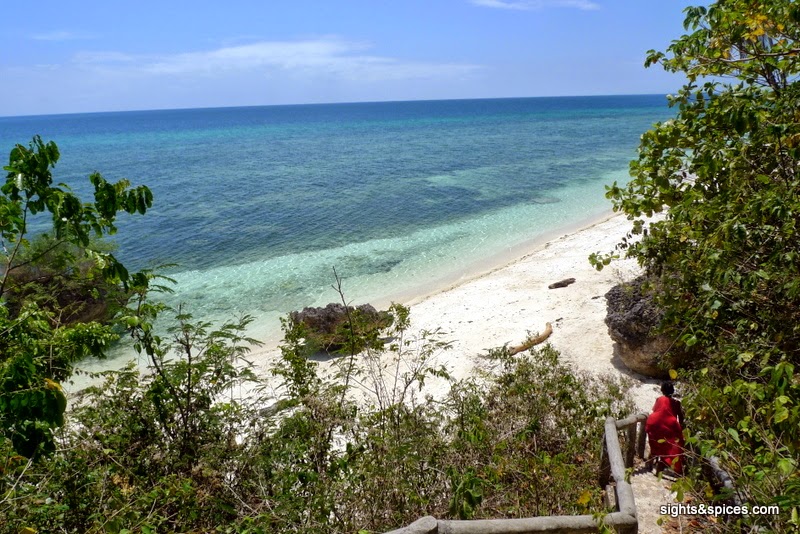 Getting here is pretty easy. From Dumaguete Ariport, we rode a tricycle to go to Sea Port which is around 15 minutes away.  From the port you can opt to take the fast craft or the bigger RORO vessel. Travel time vary on how strong the waves are, it will take around an hour or two. As you make your way out of the pier, a lot of tricycle drivers will flock around and offer their tour services. 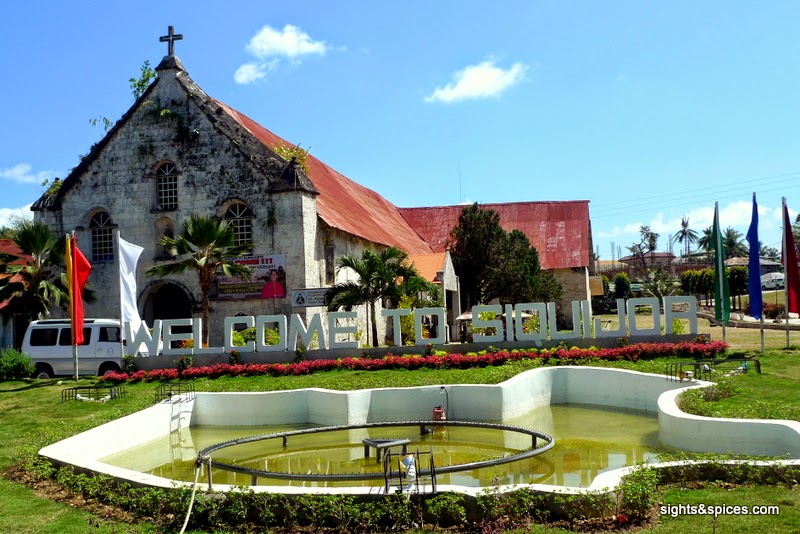 One of the most mentioned person who gives tour is Joam. We initially wanted to get his services but unfortunately he had been through an accident and he now has stopped driving the tricycle. He doesn't give tours for small groups anymore but now give tours for bigger groups in a jeepney. Luckily for us, he recommended Jenggol to serve as our driver and tour guide. Some drivers would just take you from one place to another without really explaining things, you also have to make sure that they can speak Tagalog or English. It would be really hard to communicate if you can't speak the local dialect which is Bisaya. Kuya Jenggol speaks Tagalog well plus he was so friendly and very accommodating with all our requests.


The whole island is surrounded with white sand beaches so it's really up to you which beach you would want to stay in. On our first day, we went and stayed at one of the resorts in Larena area. The shore of the beach in Larena is pretty short but the waters was clear and very refreshing. It's my 2nd favorite beach in Siquijor.

I enjoyed the little sand patches that is in the deeper part of the sea. I would just stand on the fine white sand and stare out to the open.

The sunset is also something worth waiting for.

The next day, we headed to San Juan beach area. On picture, the beach might look the best because of it's long and wide shore. The area has the most resorts, it's practically side by side with each other. The shore might look nice but the waters is totally a different story. Other people might consider calm waters near the shore as something positive but in my experience when you have waters without any waves or current, the water becomes stagnant. Stagnant waters near the shore has a unpleasant smell and sticky feel.


Fortunately, the resort that we stayed in had kayaks that we used to go further towards the barge where the waters was way clearer and more refreshing.


The next day, kuya Jenggol picked us up from the resort to begin the tour of the whole Island. First stop was the Guiwanon Spring Park. It's actually a place where one can actually rent and spend the night in tree houses.

One of the most rented area is the conference area, the cottage on stilts has a wonderful view of the sea.

We made a quick stop at Capilay Spring Park, a public park where people can take a dip in fresh spring water. Kuya Jenggol mentioned that the park is usually filled with families having picnics every weekends.


Next stop was the Century Old Balete Tree, the huge tree is believed to be around 400 years old. The huge tree actually reminded me of the Ents in LOTR.

Below the tree is a man made pool where there are doctor fish. You can dip your feet and let the fish eat the dead skin away, free spa. There is no required fee to pay but there is a small donation box on site.


We wanted to go in Lazi Church or San Isidro Labrador Church but there was an on going funeral service thus we just stayed outside.

The huge tress below caught my attention, the branches without the leaves kind of looks freaky right?


Cambugahay Falls might be small but it has its own charm. What I like about the three-tier Cambugahay waterfall is the wide and deep lagoon on the last stream. It was nice to take a swim around the cool fresh water.

Since the water is deep in the 1st tier, one can jump off from a cliff and land in the water. This serves as a warm up for the cliff dive in Salagdoong beach.

One can also opt to dive in the waters swaying on a rope, Tarzan like.


Still dripping wet after our swim in Cambugahay falls, we proceeded to Kagusuan beach, also known as Hidden Beach. A lot of drivers and guides would tell you that it's dangerous to come here, some resorts would even have signs dissuading tourists from visiting the beach. The main reason for this is the rampant theft that happens around the area.


Kuya Jenggol asked permission from one of the home owners near the main road to park and watch over his tricycle. He explained that if he parked near the beach, his tricycle might not be there anymore when we get back. We had to hike for around 20 minutes, there's literally no one around. Even if the sun was scorching hot, I still kind of enjoyed the hike since there are some parts on the road where tall trees from both side would form an arc to shield us from the sun.


Among all the beaches we visited, Kagusuan is my favorite. As soon as we made it to the beach, I went barefoot, the sand near the shore was so fine and powder like, there's not much small rocks and crushed corals on it. The huge rock formations that surrounded the shoreline added beauty to the already beautiful beach. The waters is crystal clear and so refreshing, I could have stayed here the whole day.


We were off to another beach, Salagdoong Beach. Most people come here for one reason, the 20 feet cliff dive. From what I've read, people would jump off from rocks before but now, two concrete platforms has been made to make the jump safer.


The shore are filled with small rocks and crushed corals thus it was hard to go barefoot. This beach is more for the adventurous type, waters run deep even when you're near the shore. If you want to go for a nice swim, Salagdoong is the beach to visit.


After having lunch at Salagdoong Beach resort, we were off again to continue our tour. We made a quick stop at the oldest house on the island, Cang-Isok House. The house on stilts is said to be a century old already. After being hit by strong typhoons, the house still stands but is starting to give out already.

Who would have thought that it's in this little street side stall that I would taste one of the most unforgettable bread I've ever tasted? There wasn't even any name printed on the stall, one would easily pass by it, not knowing that it's actually a bakery.

The bakery's specialty is Pan de Coco or bread stuffed with coconut, kuya Jenggol refers to it as Pan de Bisaya. We were greeted warmly by the genius behind the bread, Ms. Lilibeth Alce. We arrived late afternoon and they were still baking bread. The most surprising thing about it is, all the bread that they were baking have already been reserved and purchased.

The Pan de Coco was divine! Served still warm and fresh off the make shift oven, the bread was so soft and moist while the coconut strips filling wasn't too sweet. I easily wolfed down one and I had to beg Ms. Lilibeth to give me another. While eating, one of her faithful patrons started to tell us that her creation has been shipped out to nearby provinces, Manila and even as far as Europe and Canada.


I asked Ms. Lilibeth if she had plans to open another bakeshop, a real one this time. But she just smiled and told me that she is already happy. Government officials has already asked her to open up a shop in the town proper. But her biggest worry is that she won't be able to watch over the quality of her bread when she opens up another shop. Before saying goodbye, I again begged her if she can spare some more bread for us to take home, she looked at her stock and luckily I managed to bring home four. Pan de Coco is pretty common is local bake shops but her version is made with so much love and passion. A must try in Siquijor!!!

There are numerous marine sanctuaries that you can visit in Siquijor, these are privately owned so you have to pay a certain fee when you enter their beach premise. We got to visit a few but the most fish we got to interact with was in Paliton Marine Sanctuary.

It was very evident that the island practiced dynamite fishing before. Majority of the area underneath are crushed white corals, there are some areas where there are live corals and fish. Illegal fishing has now been banned and I hope they still keep it this way. From how it looks, give the island of a couple more of years and the sea will be teeming of life again. 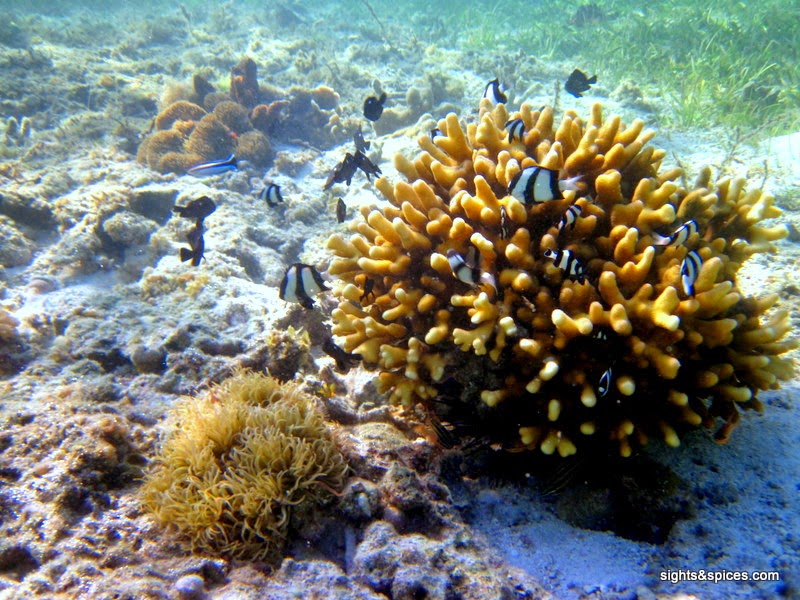 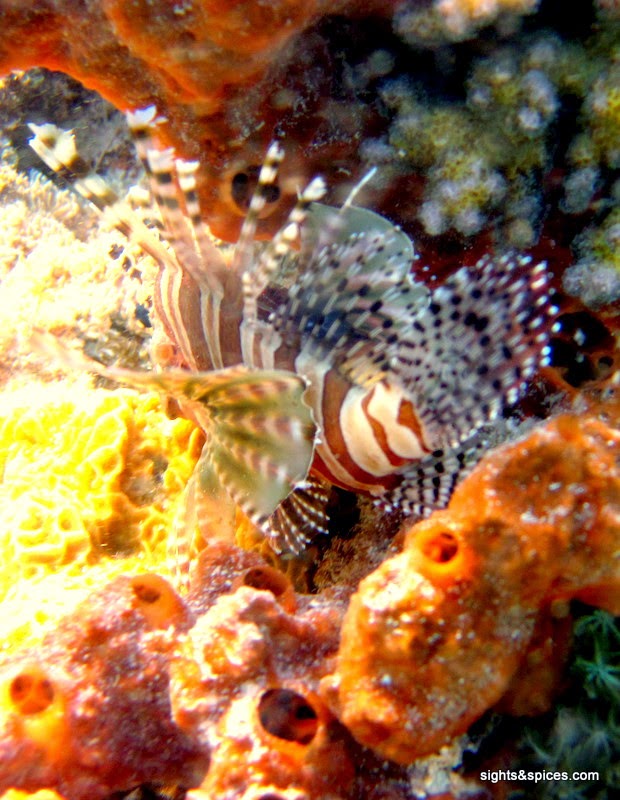 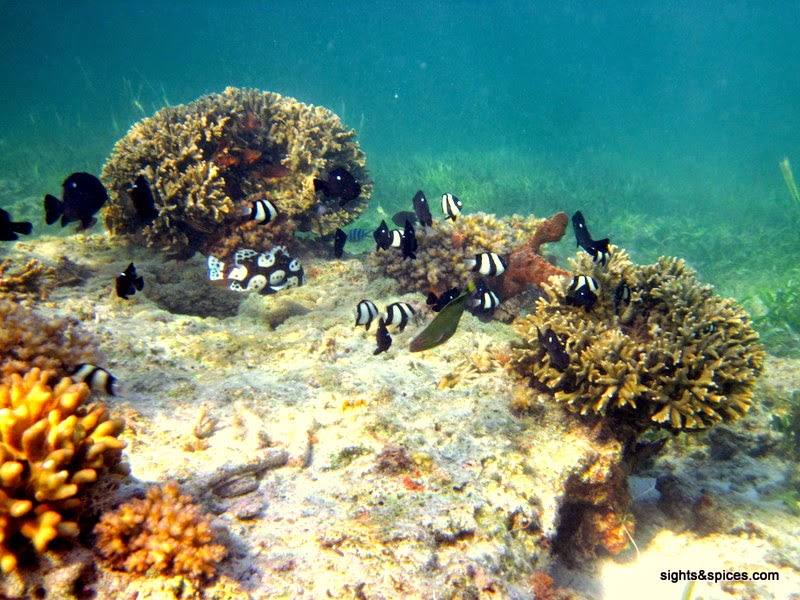 To complete our Siquijor experience, we asked kuya Jenggol to take us to one of the faith healers. After searching and asking around we found Genelou, a bulo bulo healer. She took a black stone and put it inside a half filled glass of water. She showed the water inside was clear and proceeded to blow air inside the glass through the metal straw as she moved the glass around the head and the body. After around 10 minutes, she lifted the glass to show that the water inside has turned into a grayish murky brown color. The session is supposed to suck out the body's sickness and impurities. If I were to be asked if I felt anything after the session, I still felt the same.

After spending a couple of days in Siquijor, I didn't really experience any mysticism nor see and feel any super natural beings. The only thing I felt was it's bewitching spell it casts towards it's guests, we didn't want to leave and wanted to spend a day or even a week more. Inexplicably we were magically drawn to the tranquility and beauty of the small island.