Pink, pink and more  pink, I've never seen this much pink in my life. This is what greeted us upon making our way to Barbie Cafe in Taiwan. We just had a disaster lunch at another theme restaurant a day before, seeing this much pink, I was bracing myself for another lunch disaster but...

From what I know this is the only officially licensed Barbie restaurant/cafe in the world. This meant that the whole place was plastered with anything to do with the iconic toy doll. Even the food has Barbie logos in it. One has to take note that there is a fee of NT300 per person if you plan to dine here.

I've read bad reviews about the service but luckily for us, the server who attended to us was so polite and cheerful. She explained to us that from each main course, we also pick an appetizer and dessert to go with it. The set also came with salad and soup. Complimentary salad was pretty ordinary, a small portion of lettuce, chopped cabbage and cucumber slices with a mayonnaise dressing was served.

Mushroom soup also was ordinary, served with dinner rolls that has the Barbie logo stamped into it.

We ordered three sets to share amongst us. One can also order additional appetizers or desserts from the menu. The first appetizer we tried was Baked Sausage. Served in a ramekin, the chopped sausage was underneath a chunky mashed potato, a thin slice of sausage and cheese was added on top. It tasted good though I would've like it better if there were more chopped sausage.

The Truffle Salmon Mousse was pretty small. It was smooth, creamy, tasted fresh and had hints of truffle, I wished they would just add more truffle oil but nonetheless this was pretty good.

My personal favorite dish for lunch was the Scallop Mentaiko. Not only was it beautifully presented, it tasted divine as well. The fresh scallop was served on its shell swimming in a delicious creamy lemon butter white wine sauce. On top of the scallops were chopped greens and fish roe.

For the mains, we started with the Chicken Toast Box. Served in bread basket, the chicken was cooked in a cream based sauce mixed with red and green bell peppers. Simple and tasted decent, what I like was the fresh bell peppers that still has a crunch.

The Burgundy Lamb Chop with Red Wine Sauce was a nice surprise, I didn't expected it to taste this well. The meat was tender and it didn't taste gamey, it also was cooked pretty well as it had a pinkish center.

Though I would have liked the arborio rice of the Seafood Risotto to have a creamier consistency, I still enjoyed the dish. All the seafood component of the dish was cooked to perfection, shrimp was plump and juicy, squid was tender and the shellfish tasted fresh.

The three desserts we had were the Macaroons, Hazelnut Tiramisu and Black Currant Mousse Cake. As I expected the desserts would be beautifully presented. All of the desserts were of great quality and I was surprise that each dessert wasn't clawing sweet which I liked. 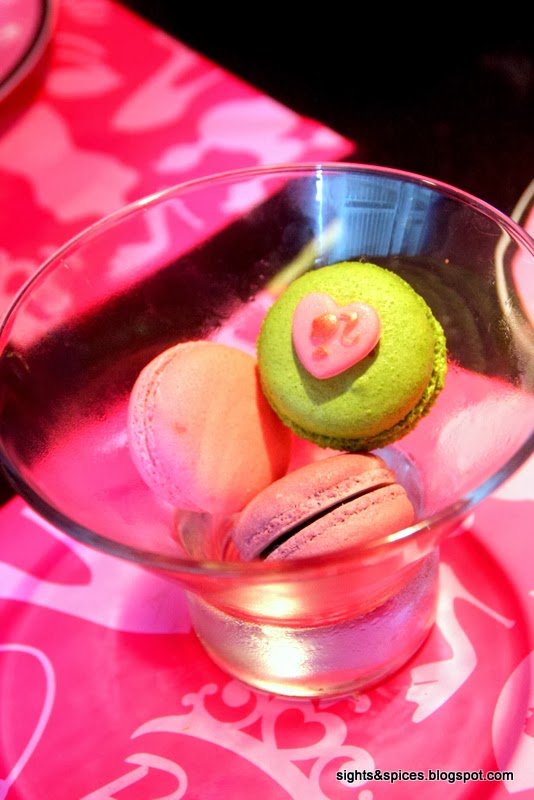 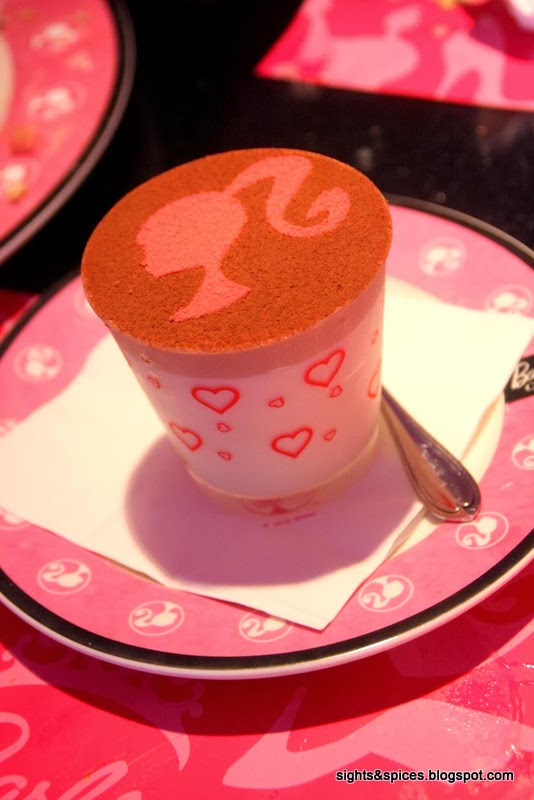 My favorite was the Black Currant Mousse Cake, it looks nice and pretty plus the flavor of the berry was evident in every bite. 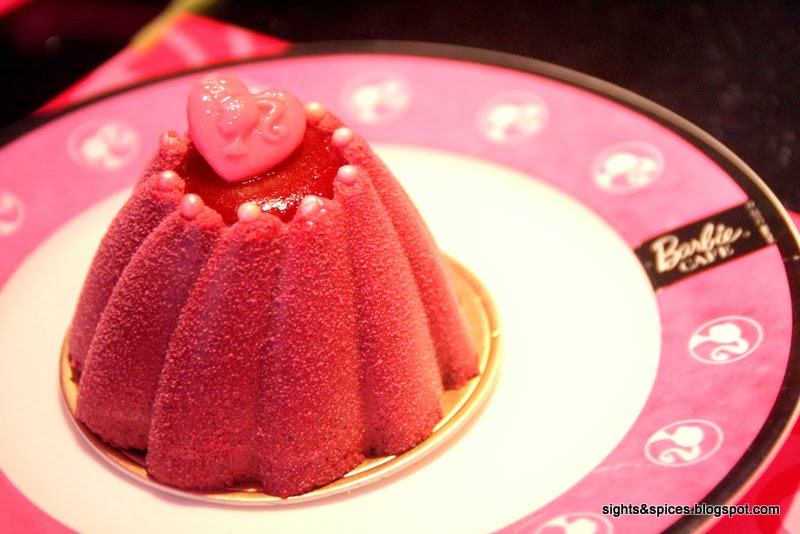 I was bracing for another lunch disaster but I was totally wrong. I initially thought that the menu would consist of food items designed for kids but I was mistaken. The food was not even remotely designed for kids, the menu was very mature. I've read that the resto even hired nutritionist to keep count of the calories of each dish. The dishes found here are the same food items one can find in fine dining establishments, though its not of the same standard, what I like about Barbie Cafe is that they kept it simple.I wouldn't really rave about the food nor rant about it too, it was of good quality and cooked well. Barbie Cafe prioritize being a restaurant first rather than just being a novelty themed dining place. 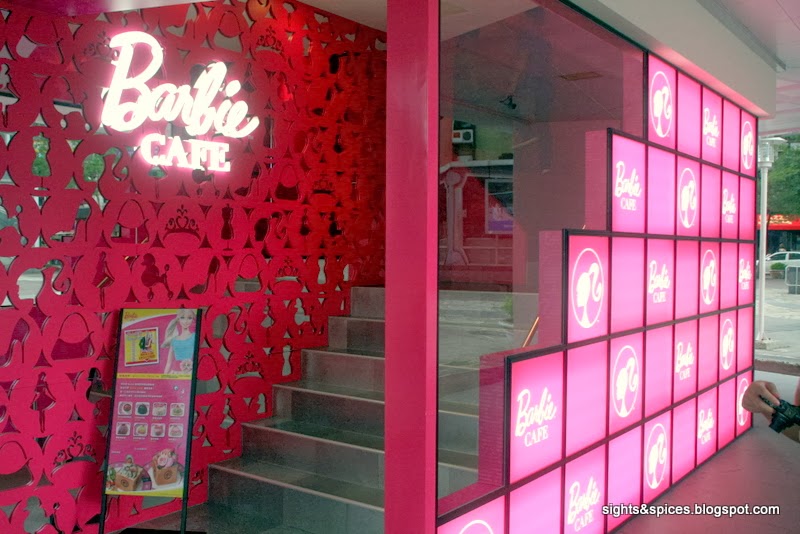