I first heard of Hermanos Taco Shop from the owner of B&T Kitchen, he told me that it's one of the few restos in the metro that serves authentic Mexican dishes. I've read different reviews about this place, it was a mixture of rants and raves.


Located beside a gasoline station, the resto is small and sits only a few people.


Upon looking at the menu board, the resto serves Tex-Mex (Texas Mexican) dishes as well as authentic Mexican dishes.


The Burito was pretty big and it looked promising. The ingredients used were of good quality but it lacks flavor. It didn't have the sweetness of paprika and the fresh tangy flavor of cilantro. 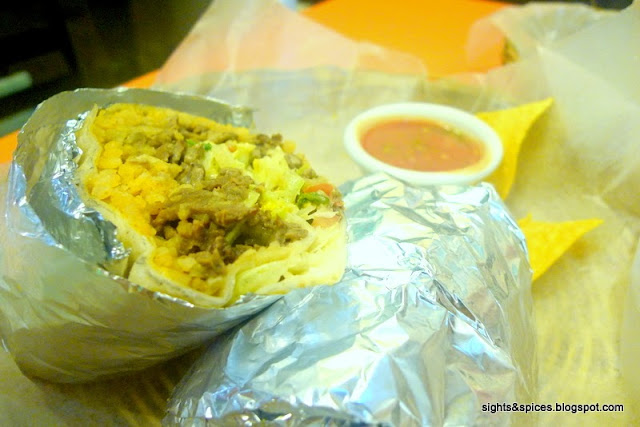 The Cheese Quesadilla was made using melted Jack and Cheddar cheese.It was served with sour cream and Guacamole. Adding a spoonful of Guacamole on top of each portion of the Quesadilla was a nice touch since it cuts down the saltiness of the cheese.

The first authentic Mexican dish that I tried is the Carne Asada Taco. One important component of what makes a Taco authentic Mexican is the tortilla. Mexicans use corn tortilla and not the plain flour type. The taco was filled with chopped steak, sour cream, lettuce and Pico de gallo. Pico de Gallo is salsa that consists of tomatoes, onions and chilies. It was served with chips and salsa.

The very first thing that I notice was the chopped steak, it was cold. I'm pretty sure the meat didn't even hit the pan. Not only was the meat cold but it also was flavorless. I give them credit though for the beef's tenderness. 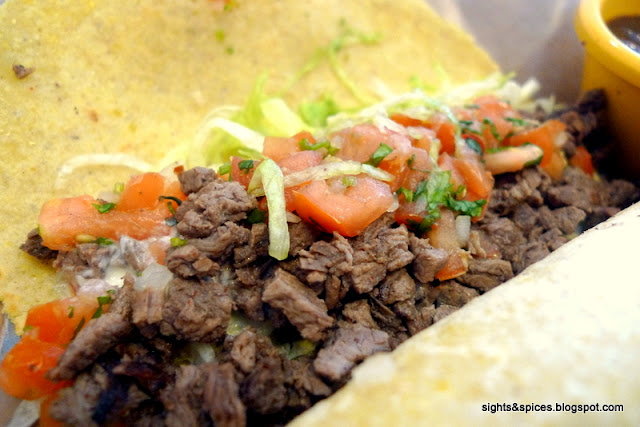 I'm already disappointed with how the Taco tasted until I added some Picante, a Mexican 'ketchup' that is made up of tomatoes, garlic, onions and chilies. The spicy sauce brought the dish to life, adding it made me want to wolf down everything. 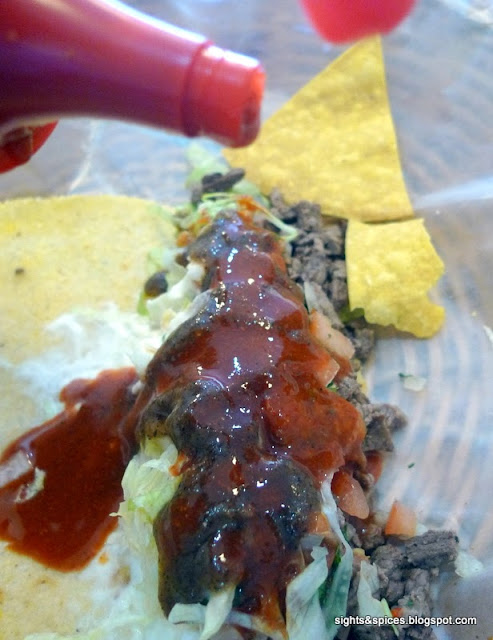 The Fish Taco, a dish that also originated from Mexico is one of the resto's bestseller. This is one of the dishes that consistently gets mixed reviews. The main gripe of this dish is that it leaves an oily rancid aftertaste in the mouth.

Luckily for me, both times that I ate the fish taco, the lightly battered dory fish fillet was excellent. I love the delicate crunchiness of the batter and the dory fillet was so soft and tender. I can easily eat more of these. 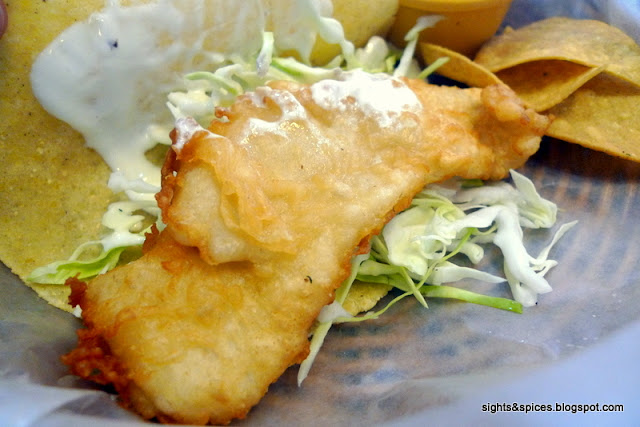 The resto also makes and serve Horchata, a Mexican drink that is made with rice, cinnamon and sugar. The drink is really sweet so it's best to let the ice melts first before drinking.


I also had a bottle of Corona beer and as expected there was a wedge of lime in the bottle. From what I know, putting a lime wedge in the bottle is done outside of Mexico. I hope next time they would ask the customers first before putting the lime in, just to keep things 'authentic'

Since I haven't been to the country itself, I really can't say if the food here has the authentic Mexican flavors. I can only base it on what I've seen and heard. In my opinion, the reason why this place gets mixed reviews is because of inconsistency. The ingredients were of good quality and it just all boils down to preparation and execution. You have to serve good food all the time. If asked if I would go back to dine here again, I would still gladly say yes. 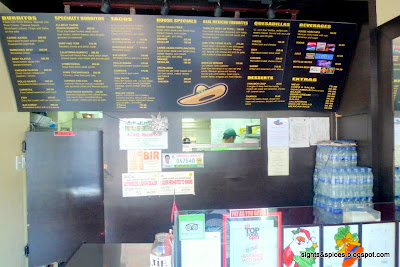