Last year on our connecting flight to Bali, we decided to leave the airport and have a quick lunch at Ramen Champion. Ever since my brother Jim tried the place out, he wanted to bring us there and try the food out.

The concept of the restaurant is quite unique, there are six different food stalls that serves their own respective specialty Ramen. Diners would then vote for their favorite Ramen and after a a few months of collecting the votes, a Ramen Champion will be declared for that certain period. 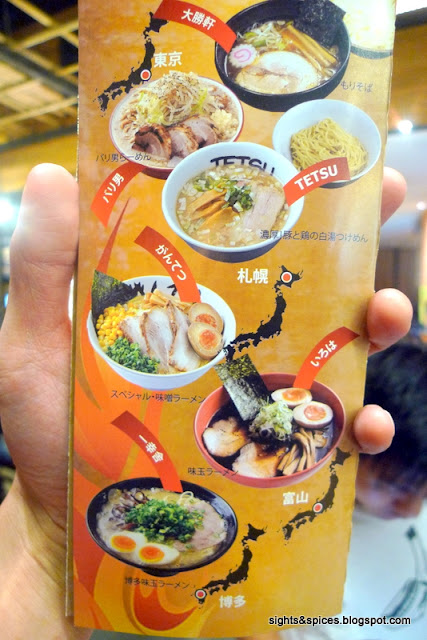 At the entrance of the restaurant, we were given a card each that we wore around our wrist. Everytime we order something from a stall, we handed the card to the server to scan what we order and input it in the card. Upon exiting, the card was scanned again and the total bill of what we ate appeared at the cash register.

We wanted to try all the specialty Ramen from the six stalls but felt that it would be impossible for us to finish everything. We ended up choosing Ramen from three different stalls. 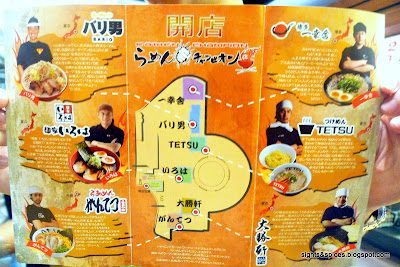 Ikkousha has been consistently getting the ramen champion title for the previous months, their special ramen is called the Hakata Ajimata Ramen. This pork bone soup base stock tasted simple and clean, the noodles were koshi or al dente and the pork cha shui or bbq toppings was tangy and tender. Notice the perfectly cooked soft boiled egg with a runny center.


Bario during that time was the current Ramen Champion, their winning noodle soup was the Ajitama Ramen. Just like Ikkousha's Ramen, Bario also uses the pork bone soup base stock, the soup was really thick. Flavors were complex in a good way, it was so flavorful and savory. They used thick cut noodles and the toppings consists of pork cha shui or bbq, green onions, cabbage and a soft boiled egg.

Menya Iroha caught my attention because of how beautiful the Negitama Ramen was presented. The shoyu or soy  based ramen consists of thin cut noodles, cha shui pork, bamboo shoot, seaweed, leeks and a soft boiled egg. Though over all it was pretty good, I found the soup a tad bit salty.


If I would have to pick my Ramen Champion among the three that I've tasted. It would haven been a close battle between Ikkousha and Bario. But Ikkousha's Hakata Ajimata Ramen would be my pick. The bowl of Ikkousha's Ramen tasted simpler compared to Bario's but it was just so hearty and comforting. It made us want the whole bowl to ourselves.

All we had for lunch was three huge bowls of Ramen. In a normal setting, I wouldn't even consider ordering three bowls of it even if its of different types. Most of the time when eating Ramen at a Japanese restaurant, the soup base will be the same for all types of Ramen. In Ramen Champion, it was like eating at different Japanese restaurants in one place, each bowl of Ramen has its own unique taste and flavor. 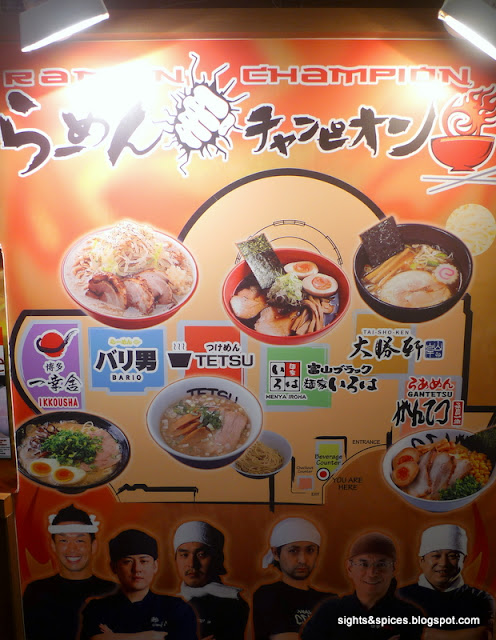