Last December, my cousin Achi Leslie (www.shootfirsteatlater.com) invited us for lunch so that she'll be able to have a first glance at the iPad mini before she got hold of hers. The restaurant of choice was King Chef, knowing that it was a Chinese resto, I wasn't really expecting anything.


The place looked like the typical Chinese resto, the tables and chairs were arranged in a banquet style.


On the way there, we pretty much had an idea on what to order. One of the first thing that caught my attention was the Drunken Shrimps. The Drunken Shrimps I tasted in Macau still remains to be the most unforgettable. Before ordering it, I asked the server on how process on how they prepare the dish. 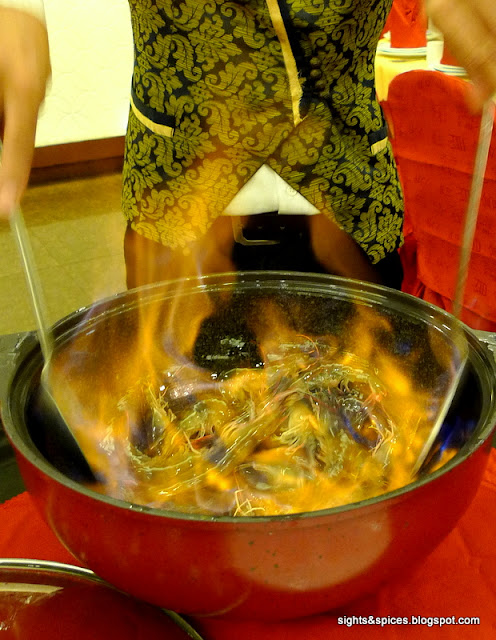 The process was similar to Macau's version. They brought out around a quarter kilo of shrimps and placed it in a clay pot. The shrimps were actively scampering around, an indication that it was live and fresh.


They brought out bottles of Chinese Wine and pour it on a stainless boat shaped sauce pourer. They ignited the wine and poured it on the clay pot.

The server started to mix everything as the flames engulfs and cooks the shrimps.

I was so excited as I was about to take my first bite, I was hoping that the shrimps would taste similar to what I had in Macau. Unfortunately it wasn't, the shrimps weren't cooked long enough, the alcohol taste hasn't totally evaporated, leaving a very strong flavor of it in every bite.Looks promising but a big disappointment.

The half order of roast duck tasted just ok. The meat was tender but lacked the crisp fatty skin.

Written on the menu, the Crab Rice was supposed to be glutenous. But when the dish came out it wasn't, it was like ordinary fried rice. Achi Les being a fan of glutenous rice was disappointed though I enjoyed picking on the small pieces of crab.


The French String Beans with Ground Pork tasted good. The string beans still had a nice crunch into it and the ratio between the vegetable and meat was just right.

The Superior Seafood Hotpot looked pretty good but it was under seasoned. I liked how the seafood and vegetables were cooked properly, the whole thing was just so bland.


The Salt and Pepper Frog Legs would have been nice, the meat was so tender,  there was a lot of garlic and chilies that topped the fried frog legs. Problem is, it left an aftertaste of rancid oil.

I thoroughly enjoyed lunch but it wasn't because of the food, it was because of the great company. Thanks Achi Les for lunch! I'm pretty sure we'll find a better place to dine next time. 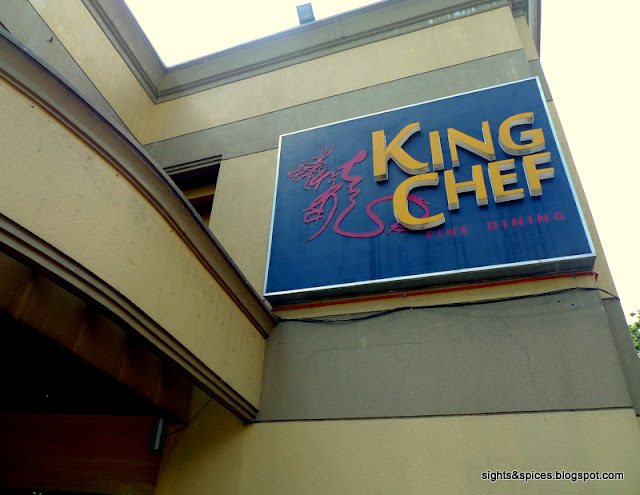