When the weather is nice and cold, the perfect feel good food is a nice bowl of steaming hot ramen. There are so many good ramen restaurants that have sprouted all over the metro. From the number of diners I saw dining here, this place seem to be one of the favorites. Early this year, we decided to have a bowl of ramen at Ikkuoka Fukuoka Ramen.


To start off, I ordered Takowasa, raw octopus with wasabi paste. The chopped up pieces of tentecles had the same slimy texture like the sanakjji I tasted in Seoul and it tasted really fresh, it didnt't have any fishy smell or flavor.


The resto serves and prides itself of their tonkotsu ramen, a noodles dish that uses a pork based broth. We got to try two ramen dishes the frist of which is the Ajitama Tonkotsu Ramen.Upon ordering the server asked us how we wanted our ramen, soft, medium or hard. This was a nice touch because asking for the noodles' doneness should be a standard practice of all ramen restos. The noodle soup dish looked beautiful, it had a marinated half boiled egg on top, some slivers of pork and served with sheet of dried seaweed. We wanted our soup spicy so we ordered an extra side of Tobanjan paste.

Just to see if there was indeed a difference on the texture of the noodles, we intentionally order one hard and one medium. The 'hard' noodles was indeed hard and being someone who wants his noodles with a good bite, I enjoyed every strand of it. The pork broth tasted clean and simple but it wasn't lacking the umami flavors. I savored the delicious broth and I didn't even leave a drop in my bowl. If there is something that I can suggest that they can improve on, it had to be their boiled egg. The egg was bordering on being a hard boiled egg when it's supposed to be on the creamy soft boiled side. 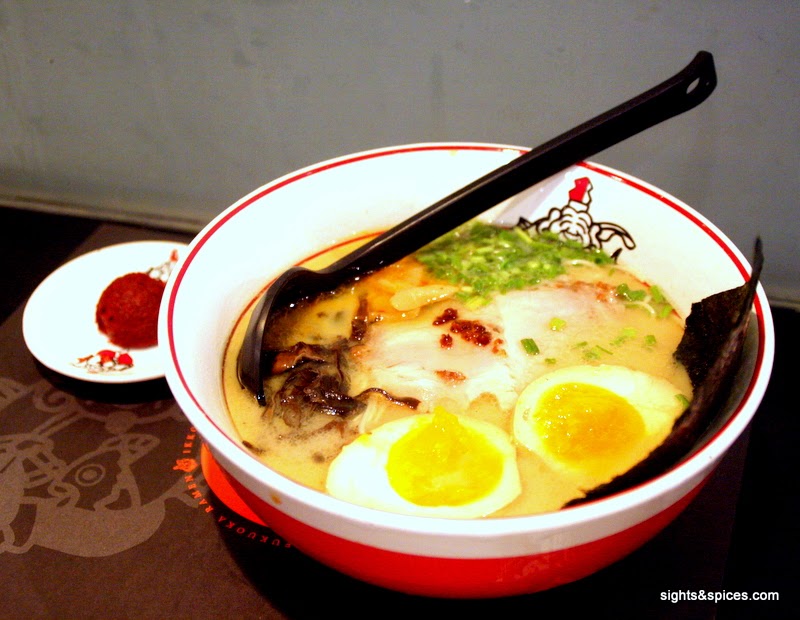 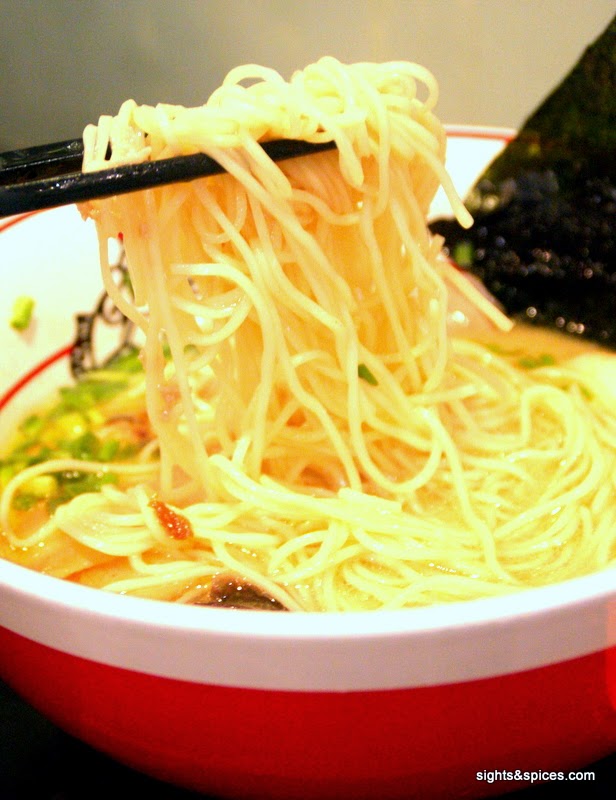 The Vegetable Tonkotsu had the same tasty broth and the 'medium' noodles felt how it's supposed to be. You can really differentiate the doneness between the hard and medium noodles. I also liked how the vegetables still had that nice crunchy texture.

As I've mentioned there are a number of good ramen places in the metro and after trying out here, I must say that Ikkoryu Fukuoko is one the great ramen places that I'd love to go back to. 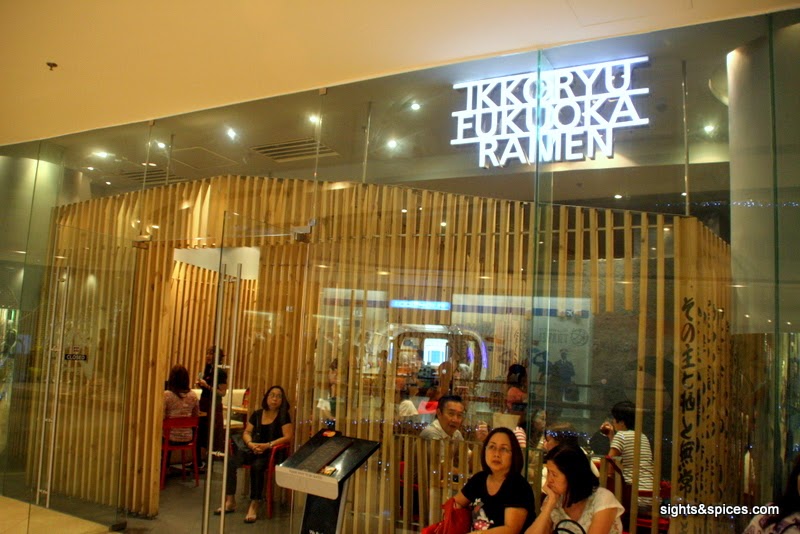