Sights: The Calm in the Bustling City of HO CHI MINH, VIETNAM

Going to Vietnam is one of the spur of the moment decisions to go on a trip, I initially wanted to visit Hanoi first but when the chance of going to Ho Chi Minh came about, I didn't pass on the chance. I initially expected  Ho Chi Minh to be just a bustling, noisy and chaotic city but I was in for a pleasant surprise.

Whenever I watch, read and hear about Vietnam, the very first description people would say is, it's a motor bike crazy country. We arrived really late at night so we didn't get to see much motorbikes on the road. It was not until the next morning that we got a first hand experience about the description, it was so true. I've never seen so much motor bikes, they are just literally everywhere.


It was my first time to see a whole parking lot for motorbikes. In stores, I even saw some sort of a motorbike valet parking attendant.

During our whole stay as we were going from one place to another I was surprised to see a number of parks around the whole city. These parks are filled with trees, plants, manicured grass lawns and park benches. What's even more surprising are the people hanging around these parks. Adults, teens, kids and families were lounging around, talking, having snacks and drinks, singing and playing games. I found it really nice as this is totally different from what I'm used to back here in Manila where people stay inside malls. The parks gives people a temporary getaway from all the noise and chaos. 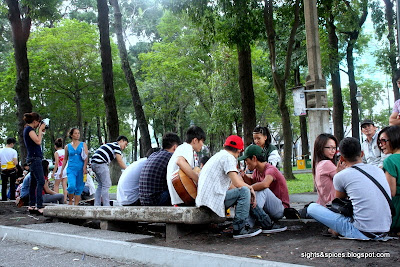 The first place of interest we passed by was Ho Chi Minh Square, a statue of the former leader and President Ho Chi Minh can be found on the square. There was an intricately designed building behind but I'm not sure what it is called. This is a nice place to take photos.

Nearby was Notre Dame Cathedral, a french built Cathedral in the 1800s that still stands til today.

We initially thought that the cathedral was an abandoned structure since Vietnam is predominantly Buddhist. But when we passed by on a Sunday evening, we were surprised that a mass was being celebrated.


Just beside the Notre Dame Cathedral was the Saigon Post Office, it's actually an operating post office.

Inside the grand post office was different souvenir shops and it was nice to see people actually writing and sending post cards.


During that time when we were in Notre Dame and Saigon Post Office, there was an on going photo shoot of what I was told, a local beauty queen. I don't know who is she but ain't she so pretty?....(marry me?)


Walking furthermore we reached the Reunification Palace. The palace served as the home and office of the President of South Vietnam before. This was also the site where the famous scene of a tank crashing into the gates took place.

Inside the palace where different rooms and halls. There wasn't much explanations, I didn't get to understand much about the palace significance. I guess it's best to go in with someone who's knowledgeable or to join a tour. 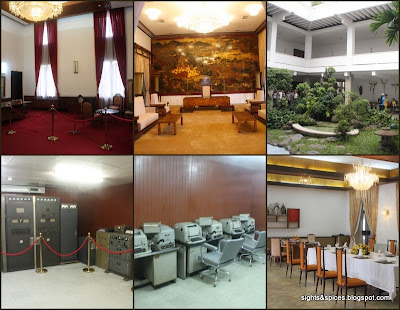 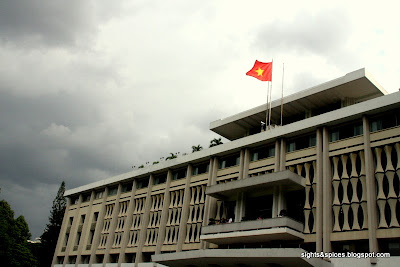 After resting at one of the park benches, we made our way to the Golden Dragon Water Puppet Theater. Make sure to get your tickets early, the place gets packed.

The theater features a unique water puppet show, on the center of the stage is an area filled with water and on the sides are the musicians who plays the music and give voices to the puppets.


Even though I didn't understand a word from the music and dialogue since it was performed in Vietnamese, I thoroughly enjoyed watching the show. It was funny, heartwarming and there are a few surprises that wowed me. 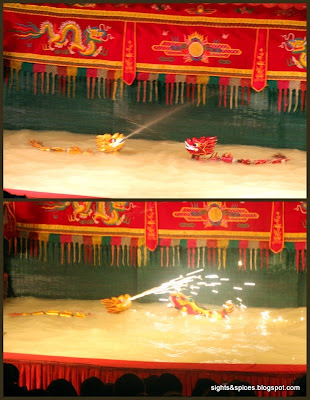 The next day we joined a tour to go to the Cu Chi Tunnels. We booked and paid a day ahead to join the tour that was provided by the Sinh Tourist. The Cu Chi tunnels are a network of underground tunnels used during the Vietnam War.

The bus ride going to Cu Chi tunnels took around 2 hours. The tour started with a video presentation and talk given by our guide. The presentations basically told us how the Vietnamese made the tunnels and how they managed to live inside the intricate network of tunnels during the war 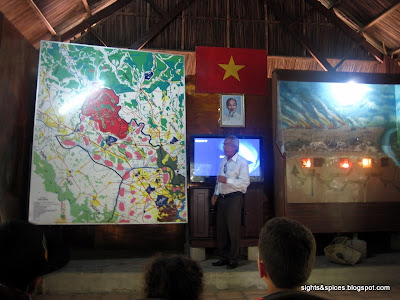 One of the interesting things we saw are the different booby traps that the viet cong soldiers made.

Aside from the booby traps, the viet congs also made use of what they scavenged from the war. Scavenged missiles, bombs and bullets were made into land mines and weapons plus wheels from trucks were made into rubber footwear.


There was a shooting range where people can choose different rifles to fire, one just have to buy the bullets. A minimum of 10 bullets was required. We chose to fire the AK-47.

The main event for the tour is the actual experience of crawling through one of the tunnels. I thought it will be easy for me but it was really hard. The tunnel was really small and narrow, the tunnel was 100 meter long and one can pick which point to go up. I made it until the 80 meter mark, just one stop away from the end. My thighs were aching and burning, I came out sweaty and tired.


After the whole experience, I felt  a sense of admiration for the Vietnamese. Not only were they courageous, they were also ingenious to come up with ways how to fight and survive the war. I really enjoyed going on this tour.


I've seen a TV feature on Vinh Nghiem Pagoda where people can purchase caged birds and release them after getting a blessing from a monk. This is done to have good karma in the spiritual world. We wanted to experience the bird releasing practice but unluckily there weren't any vendors selling caged birds when we got there. It might be because we went late in the afternoon and it was raining.

Before heading to Ben Tahn Market, we passed by The Saigon Opera House and marveled how beautiful it looks. How we wished there was something in English that was showing so that we'll be able to see how the inside looks.


One of the most famous shopping spots for tourist in Ho Chi Minh is the Ben Tahn Market. Inside the market are a variety of shops selling everything from food and non-food items. Aside from shopping, one can also feast on local food inside the market. It's best to visit the market at night since street stalls magically appear around the market. The whole place felt so festive with all the people shopping, eating and walking around.


Ho Chi Minh can be a noisy and chaotic city but there was an inexplicable calmness that I felt when I was there. Maybe it was because of the numerous green parks filled with people I saw while we sat with them at the benches. 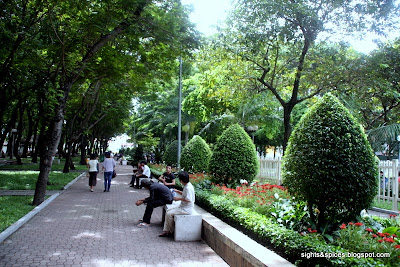 Maybe it was because of the numerous side street food and coffee shops I saw and tried out . With us sitting beside the locals slowly sipping our ca phe sua da and slurping our pho in low rise table and chairs, I called it al fresco third world style. 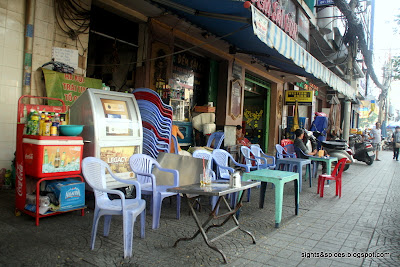 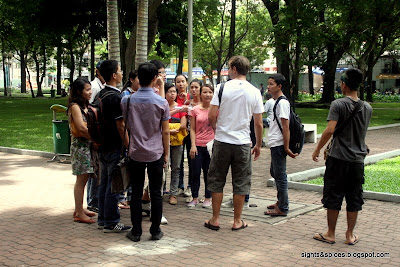 I guess it was about everything. I'm so glad I visited Ho Chi Minh, I'll always remember it as a unique city where I found a sense of calmness in spite of all the bustle and noise.